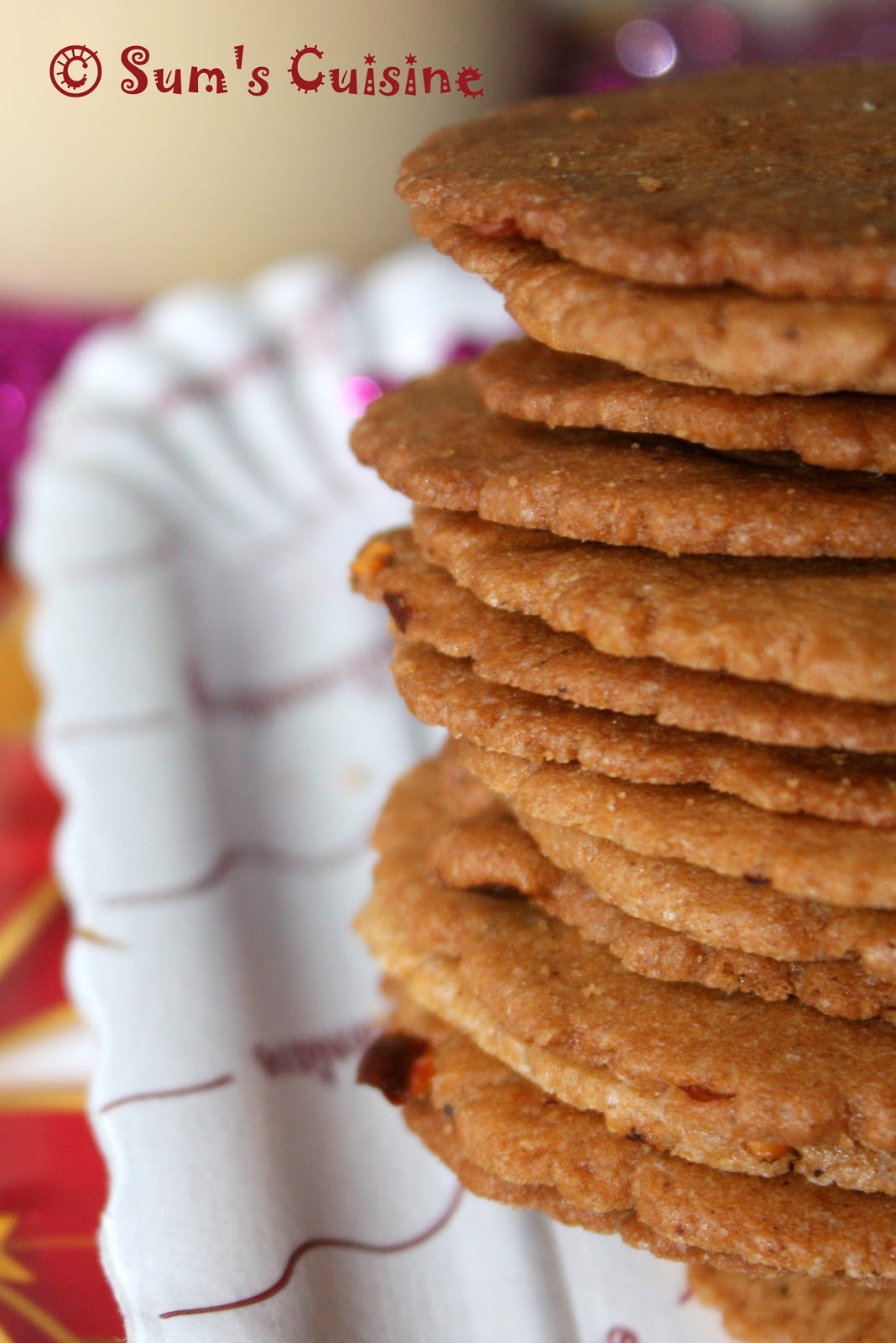 The other most common Christmas goodies here are these Pepper Kakor/ Pepper cookies. There are boxes and boxes of these in all the stores and super markets. And the stores are offering samples of these to customers, people are buying them or making them in bulk to eat and distribute among friends and relatives. 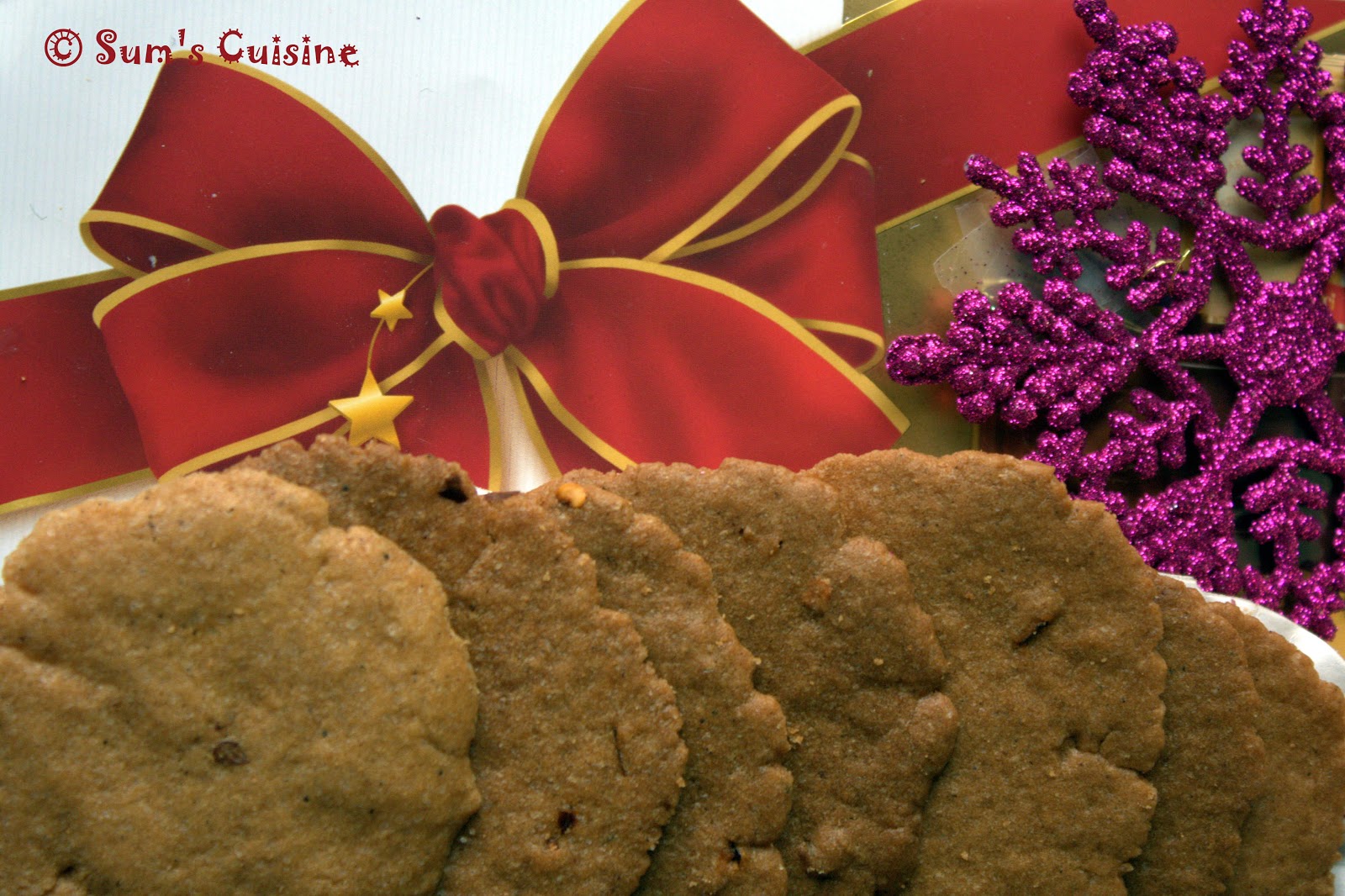 These cookies are paper thin, very crisp and almost melt in the mouth once you chew it. With significant flavors of spices like Cinnamon, Pepper, Ginger, Cloves and with tastes of sweetness, salt and heat from the pepper, they are quite interesting. And let me warn you – they fit into the 'can't stop eating, one after the other' category!! I halved the recipe below, and it was quite sufficient for us – half the dough still lies in the freezer, and there are still some more baked cookies left over too – in spite of eating them constantly!! So it makes quite a huge batch. 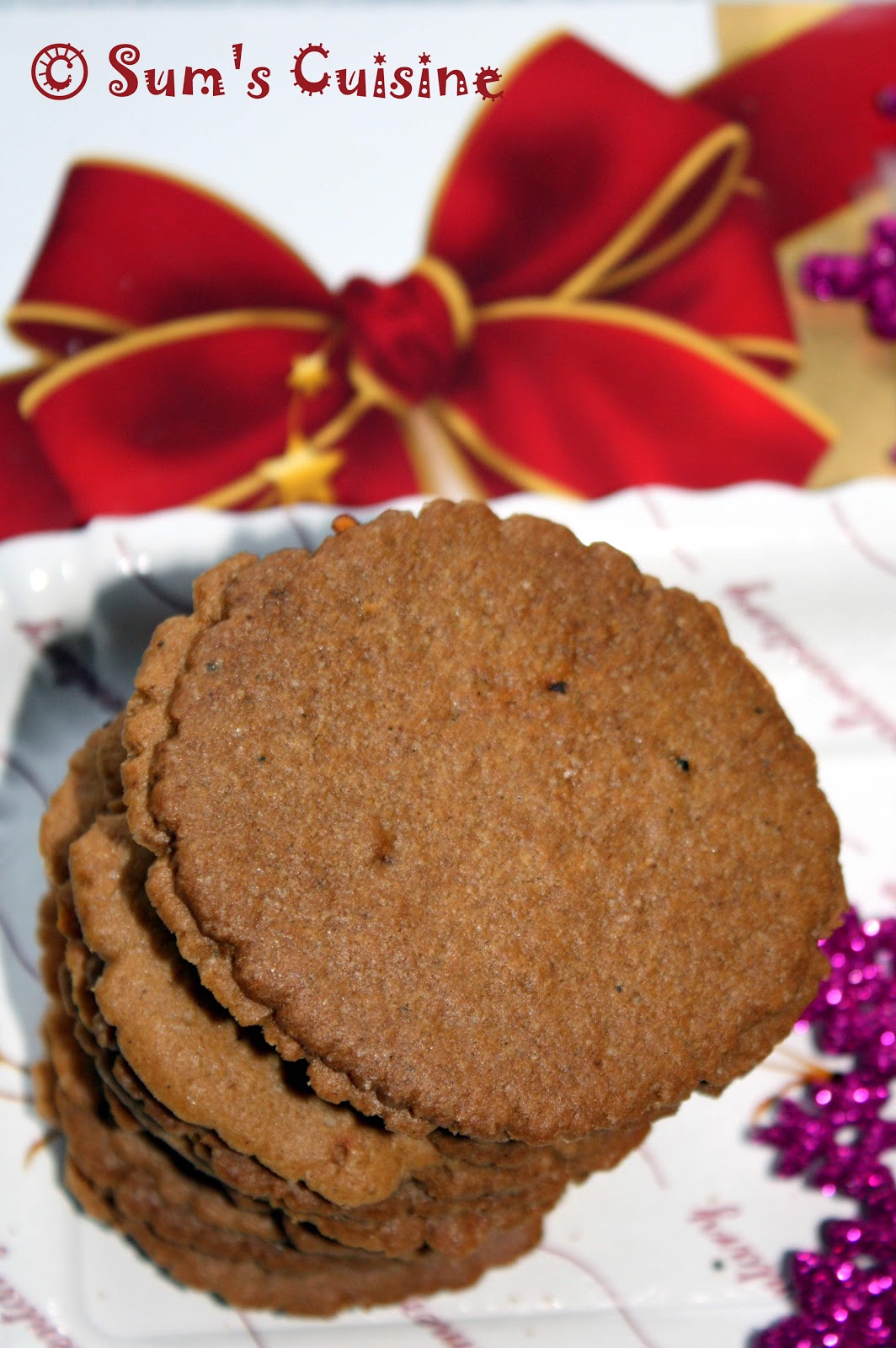