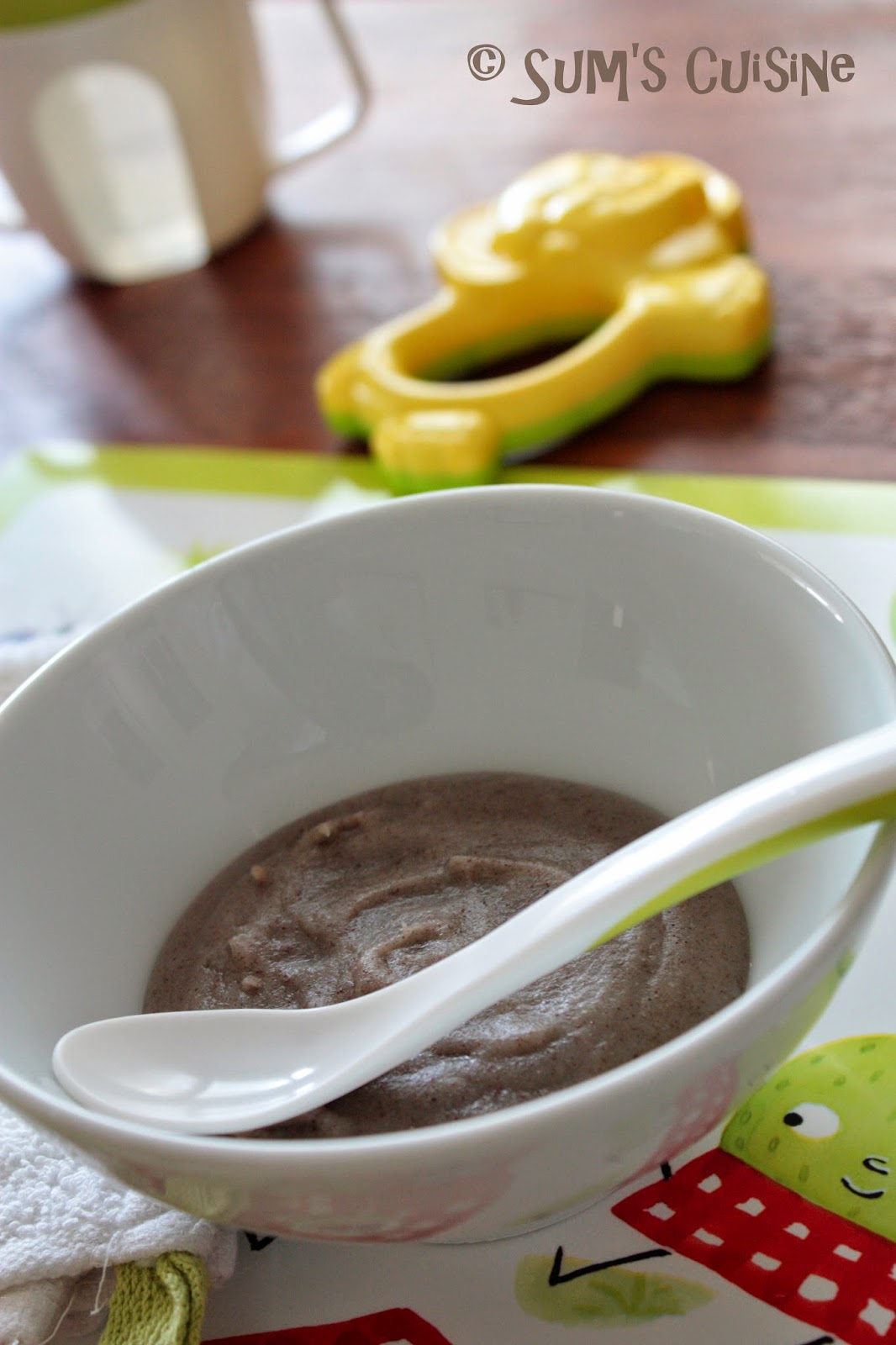 Here comes the next variety of infant malt, again prepared by mom. This is a combination of ragi (finger millet), wheat, rice and green gram. All the grains are sprouted, dried, and then ground. We did not sieve it, as we wanted some texture to remain, making Adu go one step further from very smooth porridge. However it is fine enough to feed a 6 month old. 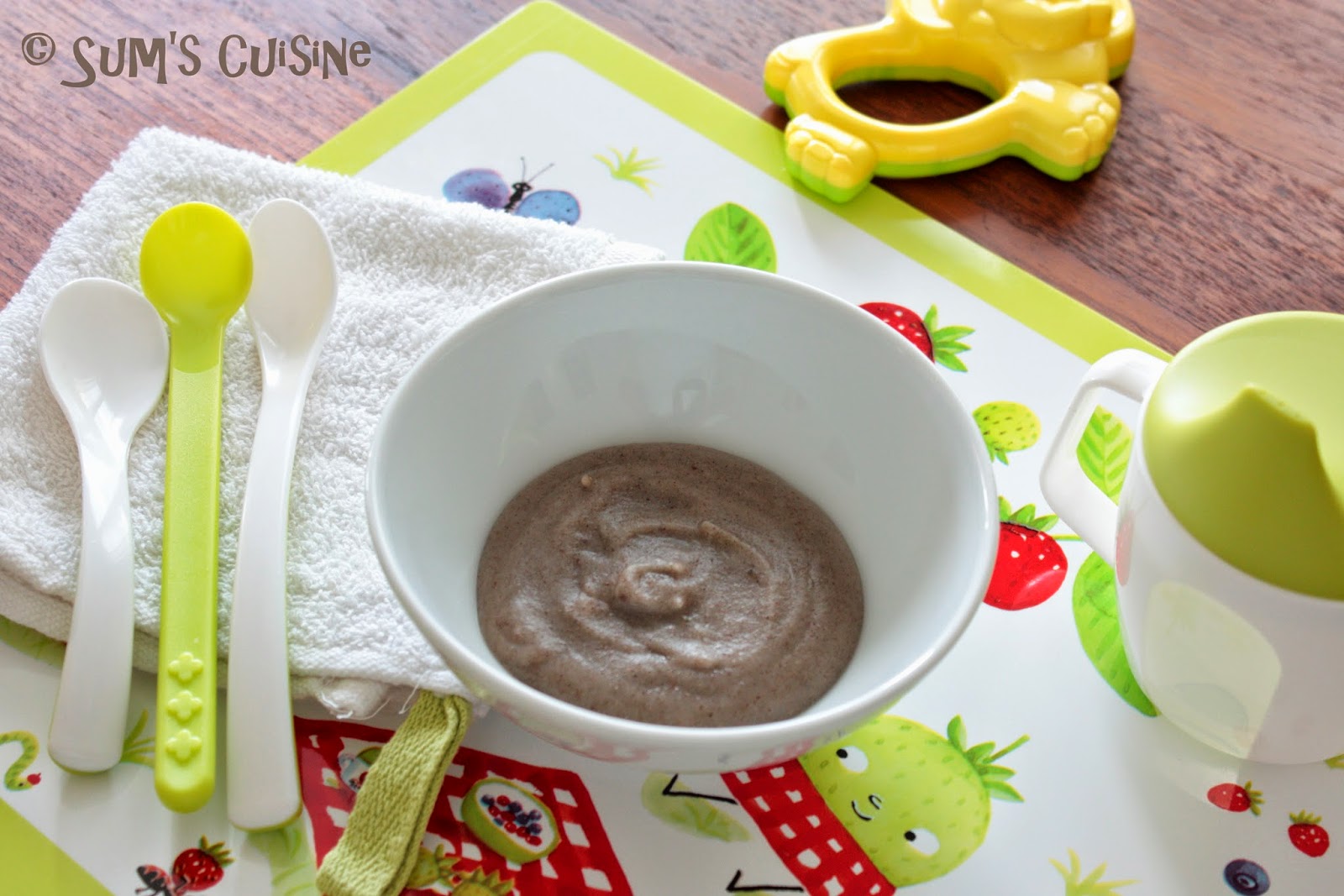 I introduced this to him after 3 weeks of starting on solids, after the first plain ragi malt was finished. He did take moderately well to this, though not as much as the former one. I realised it was probably because of the weird flavour that green gram added to the malt. I tried by cooking it for longer, and the green gram flavour subsided considerably. He then started enjoying it. 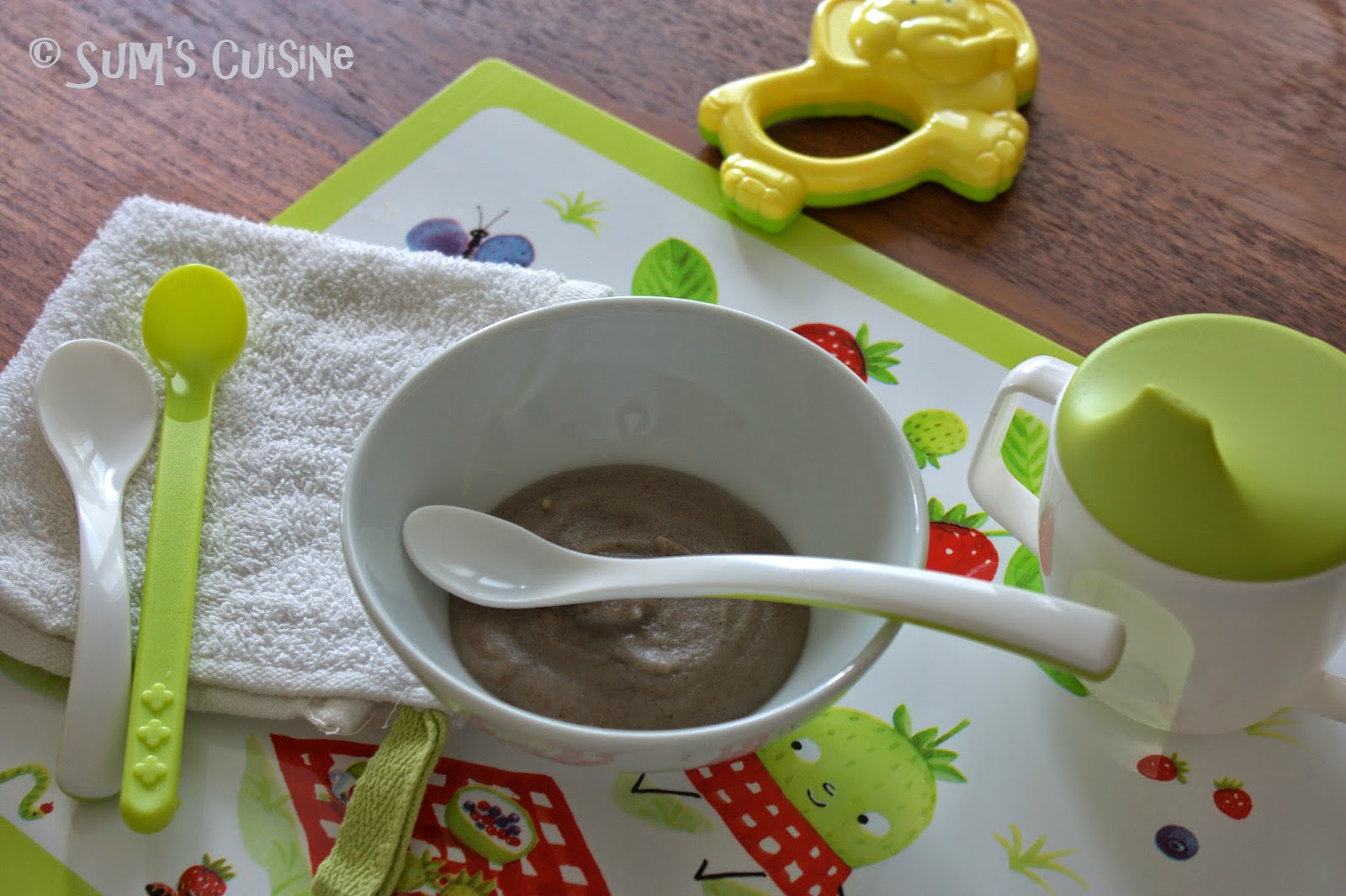 Now, after he is 8 months old, I've been giving him a lot of semi solids and a few soft dosas and other stuff, but this ragi malt also features in his diet quite regularly, which he enjoys. Having a tin of home made malt comes in really handy at times, when the kiddo is bored of other stuff, or you want to mix and match and experiment (More about the experiments later) 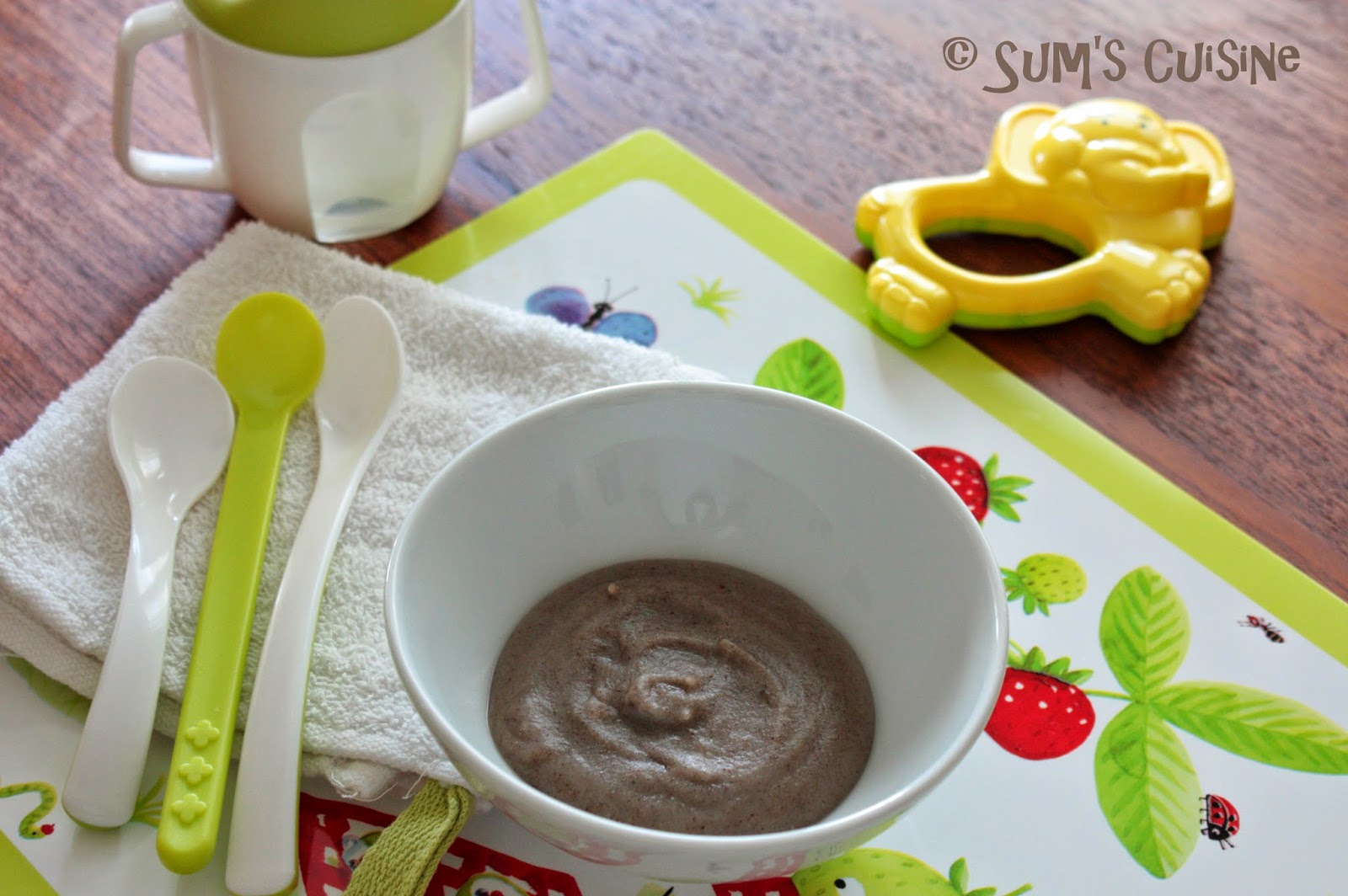 So here goes the recipe...