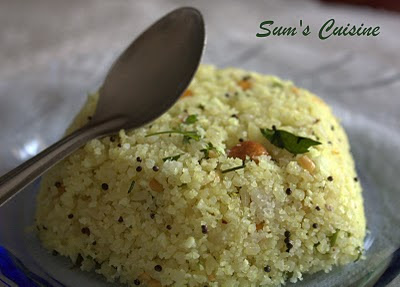 Whenever my MIL is expecting some guests at non lunch/dinner hours, this is the most common thing that she likes to prepare. As soon as the relatives or friends call up saying they'll drop in, she starts preparing it and in just a few minutes, she'll be done with it and kept ready for serving. And the guests of course will love it and compliment her and take a second helping, making my MIL beam with joy. 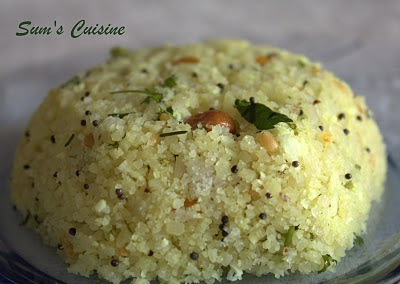 And we, especially Dee and FIL will be waiting for their turn to taste it and finish off whatever is left out. The bowl will be cleaned till the last grain, irrespective of what quantity was left over :)
Simple and quick to make, yet not so common, this is a must try... 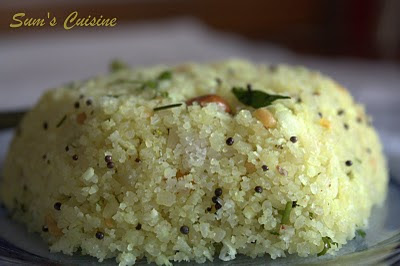 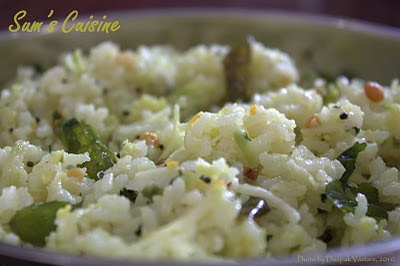 Mango Mania stars again!!! Who doesn’t like tangy raw mangoes! One of the reasons to look forward to the onset of summer is mangoes.... And raw mangoes come to market around Ugadi time, and Mavinakai chitranna is a must do for Ugadi in Karnataka. It’s like welcoming summer with a special dish of raw mangoes.....
Well, like many dishes, mavinakai chitranna also can be prepared in a number of ways. A little change in the ingredients, a little tweak in the method makes a number of varieties of this all time favorite rice. Here’s one simple method of raw mango rice.... Don’t miss trying it before the season ends..... 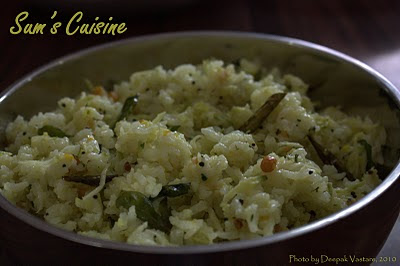 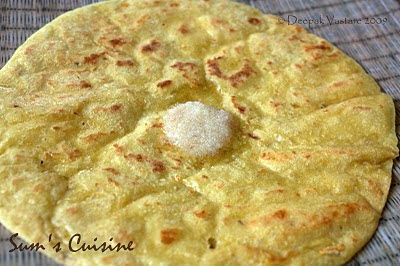 This used to be my favorite sweet. Usually, the standard Ugadi menu includes mainly Bele Obbattu and mavinkai chitranna. But since my birthday comes about a month after Ugadi, mom used to make it for my birthday for me, rather than for Ugadi....
My liking towards this special sweet was so famous that our next door aunty would not miss sending me a couple of obbattu whenever she made them. And my friends would invite me home when their moms would prepare them. I’d shamelessly go to their place and hog and come back! 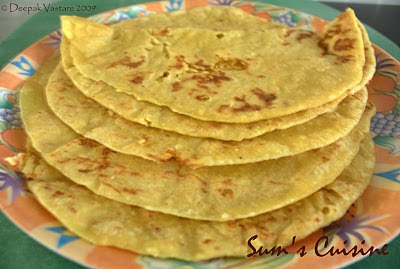 Of course this still is my favorite.... the lunch caterer at office gets very soft obbattu almost every Friday and I make it a point to have it at least one Friday a month....
Actually these pics were taken last year on Ugadi, but somehow I had not posted them. Another Ugadi went by and my long pending post of Bele Obbattu is finally out.... Anyways, better late than never.... 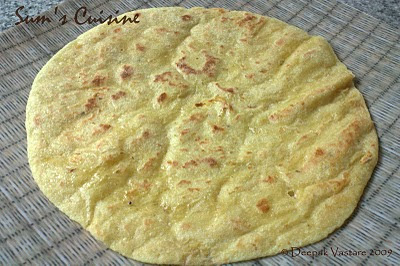 BTW, wish you all a Happy New Year...
Cooked by Sum 5 comments: 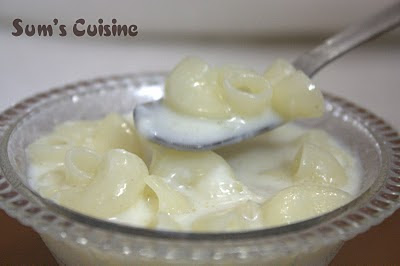 As I started making pasta in white sauce, my MIL started repeating that we could make payasa out of this pasta. Being a semiya payasa lover, I wanted to make it similar to semiya payasa. And off I started my experimentation. This helped me in making a second pasta dish for the event “Pasta Party”, hosted by Jyoti of 'Pasta Party' hosted by Jyoti of http://panchpakwan.blogspot.com/. Here it goes, for the event. 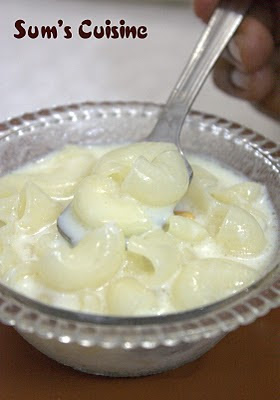 BTW, the payasa turned out to be quite good. And in spite of Dee being averse to payasas, he did have this and said it was good :) 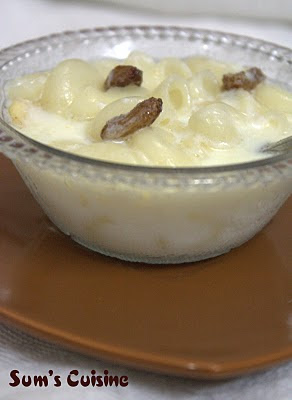 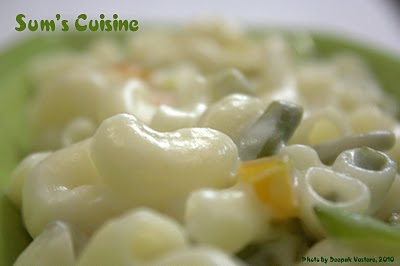 Ever since I had visited an Italian restaurant a few years ago, I had become a fan of pasta in white sauce. And later when I tried other varieties of pasta in red sauce, I was not so impressed. May be my choice was bad; but pasta in white creamy sauce was something I was drooling for. Sometime ago, when I ordered the newly introduced pasta in WS in Dominos, Dee hesitatingly tasted it first, and then later, I had to literally stop him from finishing it off, and demand my share! And finally, when leaving from there, he dropped in to their kitchen and complimented the cook for the wonderful pasta!

Whew! He too had fallen for it..... Now of course I had to learn how to prepare it myself, seeing him like it so much. The plain Bambino Macaroni that I had bought was just lying in the kitchen shelf for a few weeks. And one fine day, I decided to give it a try and browsed through some sites and as always, finally came up with my modifications and set out to prepare it.

It was ready in just a few minutes, and when served, of course, Dee who knew about it, started licking his plate even before it was served for others. In laws too loved it, and believe me or not, both MIL and FIL asked for a second helping! After finishing it off with second helpings for everyone, when I settled down with my plate, I realized how good it was, indeed! It was very close to the taste at Dominos!

The next time I prepared it at mom’s place too, it was the same story. Even my grandma became a fan of it, and the maid, who praised it for more than 3-4 times, finally told my mom, “Akka, you too learn how to make this, from your daughter, and prepare it often!” 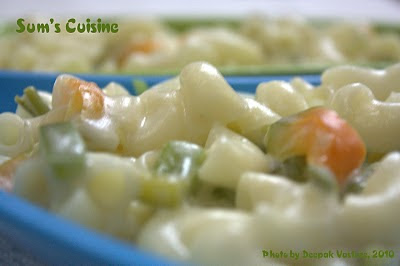 P.S. - This dish is participating in the event 'Pasta Party' hosted by Jyoti of http://panchpakwan.blogspot.com/