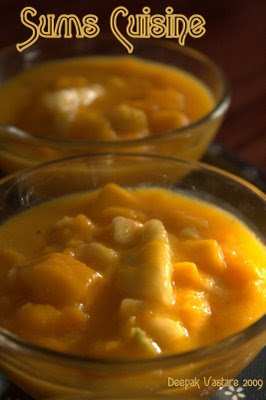 What’s the best thing about Summer? Other than summer holidays for kids, is it not mangoes that make summer a special season?
Summers are made special starting from the tangy, sour, raw mangoes of various varieties, to the ripe, juicy, sweet mangoes. With all the health benefits added to it, it surely deserves to be called the King of Fruits. It sure is a comfort food. Mangoes really can make one feel better! The heat of summer can be forgotten momentarily when having mangoes - be it the raw ones with salt and chili powder, or ripe and juicy ones, or any dish prepared from it!
There are many many regional cuisines prepared using this King of Fruits. Each has its own uniqueness and specialty. And the best part of it is that it makes you crave for more! So why not dedicate a special series for this king of fruits? 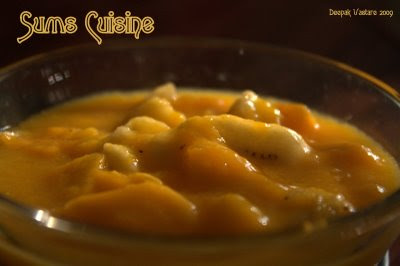 Let’s start with Seekarane - a Karnataka specialty using ripe mangoes, which can be had as an accompaniment with chapathi / poori / dosa, or just as a dessert. It’s a simple and easy recipe, with very few ingredients but still makes you feel great after having a bowl of it.
At home, it’s usually my FIL (yes, you read it right!) who makes it. He is very fond of this fruit and usually chops the fruits and makes it ready, and all of us savor it!

Mango-facts:
• The mango is indigenous to the Indian Subcontinent especially India, Pakistan, Bangladesh, and Southeast Asia
• The name mango is ultimately from the Tamil mangai and was loaned into Portuguese in the early 16th century as manga, from where the Portuguese passed into English.
• Mangoes account for approximately fifty percent of all tropical fruits produced worldwide.
• India is the largest producer of Mangoes
• Alphonso, grown exclusively in the Konkan region of Maharashtra, which is considered among the best mangoes in the Southern states of India is named after Afonso De Albuquerque who reputedly brought the fruit on his journeys to Goa
• Mango is rich in a variety of phytochemicals and nutrients that qualify it as a model "superfruit", a term used to highlight potential health value of certain edible fruits.
• Mangoes are an excellent source of Vitamins A and C, as well as a good source of Potassium and contain beta carotene.
• Mangoes are high in fiber, but low in calories (approx. 110 per average sized mango), fat (only 1 gram) and sodium.
Source of facts: http://www.freshmangos.com/, http://en.wikipedia.org/wiki/Mango 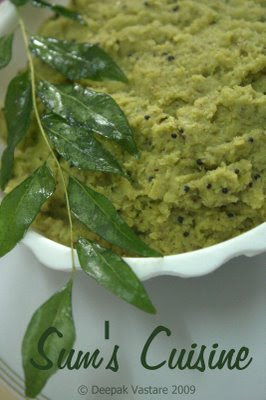 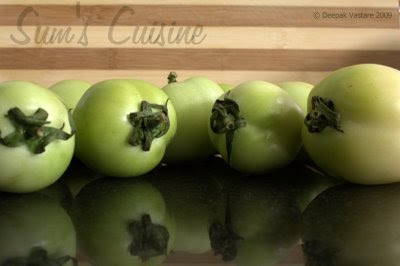 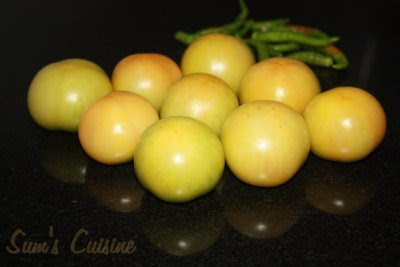 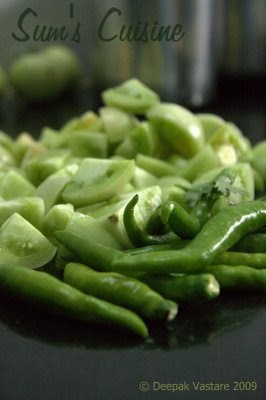 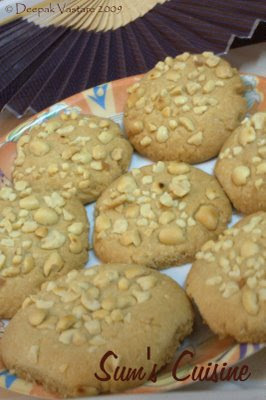 My OTG (Oven-Toast-Grill) was brand new then. It was one of my marriage gifts. And I was desperate to try out some baking! I had been describing to Dee how well mom used to bake biscuits, cakes and even bread. Now, mom too had stopped baking and I wondered if Dee would trust me, if I said I too had learnt and used to make some kinds of cookies. Making some time on a usually busy weekend, fixing up a time, I started out my venture with the new oven. I was used to that huge old round oven, and this new OTG was something unfamiliar to me, but still I wanted to try.
Ok, I called up mom and confirmed the ingredients for a couple of my favorite biscuits, and very confidently started out. Everything was ready and I followed the instructions in the manual to set the temperature, mode etc of the oven. And there I started baking! After about 5-10 minutes, I peeped through the glass to check out my cookies, and Oops! There it had almost got charred!! And istead of expanding and getting crispy, it was a hard lump! Mmmmmmmmmmmmm..... Noooooooooo! It was not even half the time that was mentioned in the manual. And even the temperature was right! What went wrong???
I was totally upset and broken, when as usual, Dee consoled me that it was just the biscuits that had got spoilt, and that I should not spoil my mood for it! Okay, but I needed quite some time to get over with it. But guess what? My FIL who is a great fan of cookies had the un-burnt upper part of it, and said it tasted good! Hmmmmmmm...... I was not sure if he meant it or it was just to console me! Whatever it was, I lost the confidence to bake. But there was always this desire to bake and have home-made cookies.
Now last weekend, after a loooooooooooooog time, I mustered some courage to try it again. Got the old recipe book from mom, not to mess up with proportions. And this time I decided to use the microwave in convection mode, rather than the OTG. So I started out sieving flour, beating butter, mixing the dough, of course with Dee’s help and the first batch - a small quantity of Khara biscuits (recipe some time later) was fairly a success! After taking feedback from the family, I set out to make one of my favorites - Crispy Crunchy Peanut cookies. And it turned out to be great! Just the way I had expected it to be! And Whew! Everyone liked it too. And my baking-confidence is back again!!!
You wanna try some baking???? Here you go......... 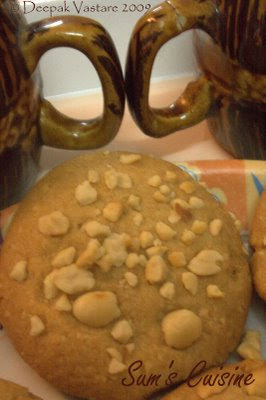 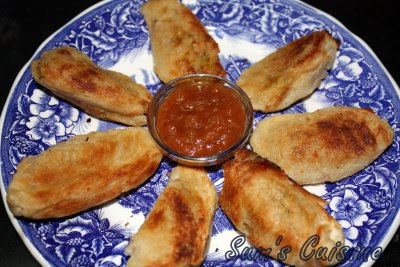 Dee : Are there potatoes at home?
Me: Yeah, there are some. Why?
Dee: Shall we make Potato bajji?
I start drooling over the thought of my favorite potato bajji. But immediately the thought of my dieting plans flashes across my mind.
Err, not that I have a lot of accumulated fat, but just that I don’t want any fat to get accumulated, that’s it! But how can I resist the temptation of having that lovely evening snack? And is it not unfair that I restrict him also not to have what he wants to?
Me : Hmmm..... How bout something else with aloo?
Dee: Like? What’s your idea?
I remembered reading an oil-free version of aloo bread rolls in a book that came along with my Microwave. I just got up to find the book, without answering him, in the next moment we were looking into this recipe. It seemed to be a quite a simple one, just that we wanted bread for it, which Dee immediately set out to get. And I headed to the kitchen to cook potatoes.
The potatoes were cooked by the time he returned with a loaf of bread, and we started off our experimentation! Since we were using the Grill combo mode for the first time, we were almost hooked onto the Microwave – as if the rolls would get grilled only if we stood there!! Anyways, our effort paid off, when the crisp, fat-free rolls were ready to be munched. 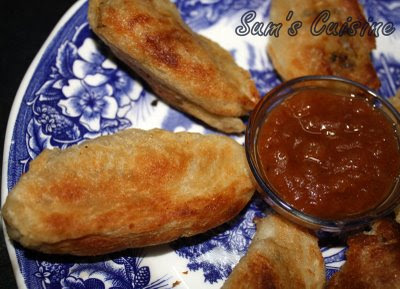