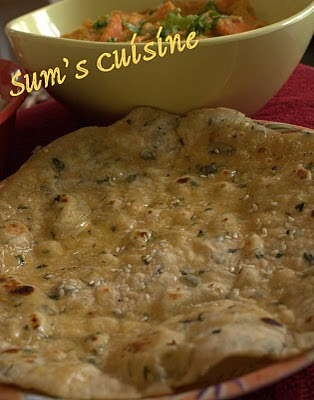 When you want a twist to your usual plain chapathis, you should try this. Adding methi and some spices to the chapathis makes it totally different and so flavorful.... 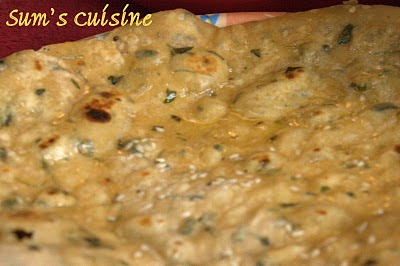 The monotonous flat bread is gone and is replaced by something special... accompanied by a nice gravy, it makes for a special meal.... 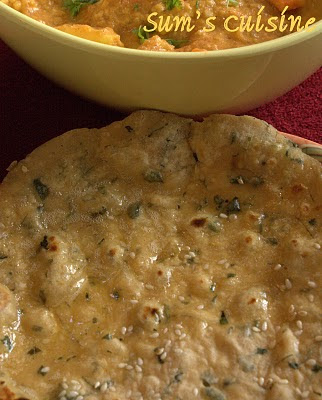 Here is how to make Methi Chapathis... 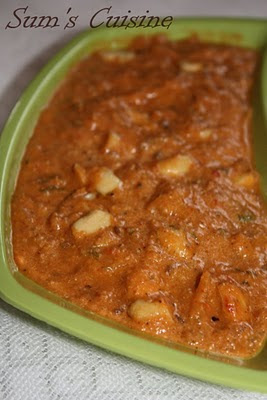 If you want to fix up a gravy for your Jeera rice or Veg Puloa or Ghee rice etc, and do not want to go for an elaborate one with veggies and other ingredients, here’s an alternative. It is very simple to make, does not need any vegetables, other than onions and tomatoes, of course, and goes well with some rice.
Here’s how to make it...
Cooked by Sum 15 comments: 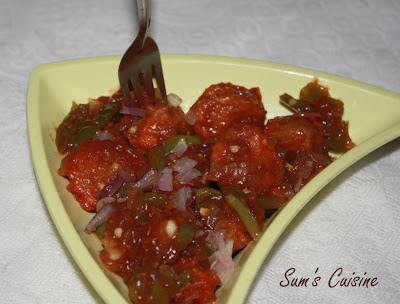 I picked up the pack of Soya chunks from the super market, and when we were home, little niece Hima asked to what it was. And D replied, it was what Chota Bheem ate and what made him that strong! And after that, for the next week I have lost count on the number of times she asked me to make ‘Chota Bheem’s food’ out of it!!! and I, incidentally was too busy at work that week and didn’t find time till the next weekend to make something out of soya chunks that she would eat. 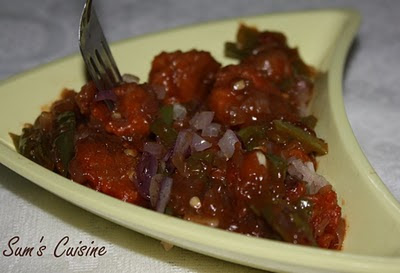 Finally I decided to make Manchurian out of it, as D, me and Hima’s parents would love it, but for her I decided to give the fried soya chunks with just tomato sauce. And through out the cooking time I took, she has ran into the kitchen every 2 minutes asking if the ‘Chota Bheem food’ is ready!! 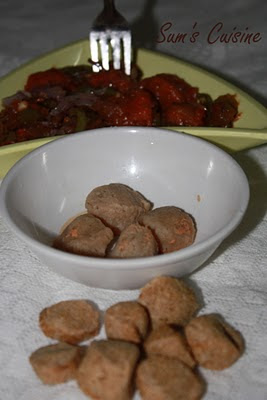 She ate it with delight and so we ate the Manchurian. It did come out pretty well, in a perfect consistency and taste.
Cooked by Sum 12 comments: 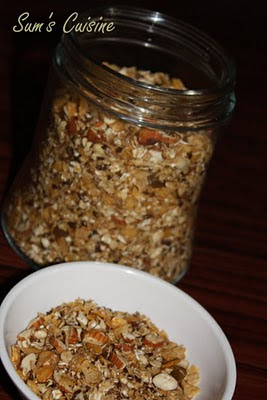 When colleagues started going ‘healthy way’ and started having granola for breakfast regularly, I too was tempted with it. If not for breakfast, I can at least have it for snaks between meals. (err.. I am a foodie, as you know by now and I need a good breakfast to start my day). But every time I saw the pack in the counter in the super market, I would not be convinced to buy it one because of the rate and another because I wasn’t sure if I’d finish it, after buying one! After searching through some blogs I realized that I don’t have to follow a ‘recipe’ to make granola, just the basics were needed. Since I had a pack of corn flakes to be used up and also a newly bought pack of flax seeds that I had to use, and also brown sugar that was not used from a long time, I set out to make it, and of course it was a breeze to prepare it, absolutely no preparation time, except that the 40 min of baking needs about 4-5 stirs in between.
I didn’t make it in very large quantity, but thought whatever I made would last for at least a week. But then I was surprised when all of it vanished just the second day! Of course I had taken a small jar for mom, who also liked it. 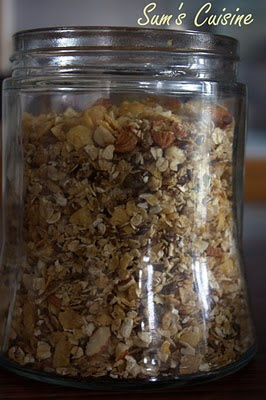 I can say it was much better than the one readily available and works out cheaper too... I’m looking forward to doubling the quantity and making again....

Sending the Granola to Champa's Bake off.