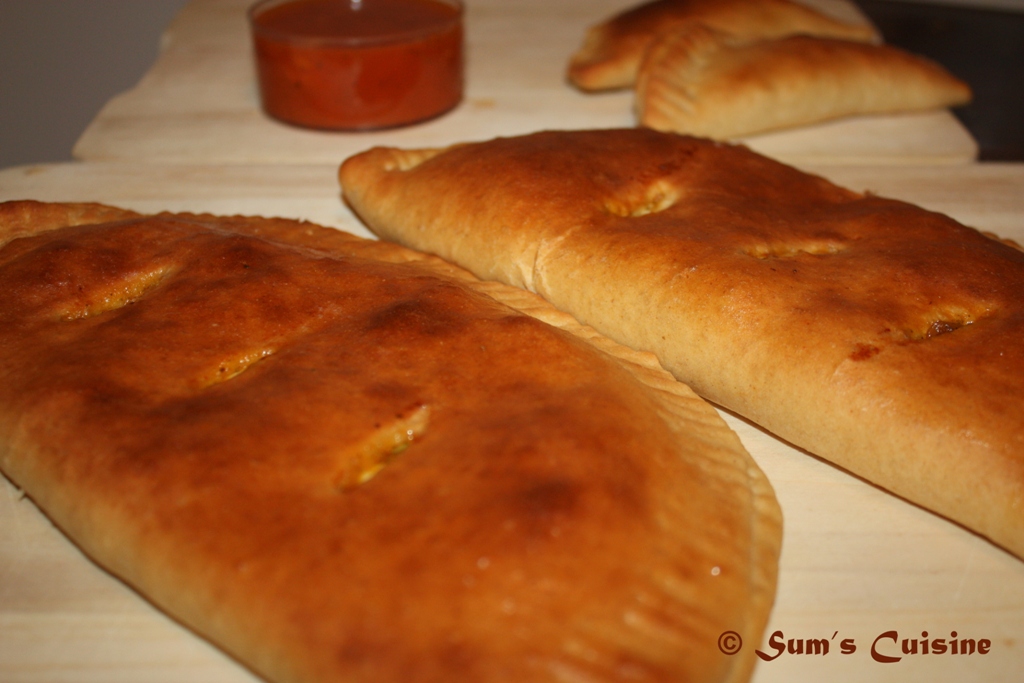 We have started loving Italian and other Continental dishes for dinner. Mostly baked ones, they take time only for the preparation but the cooking does not ones active time as the oven takes care of it! You'll see a few dishes coming up on those lines. 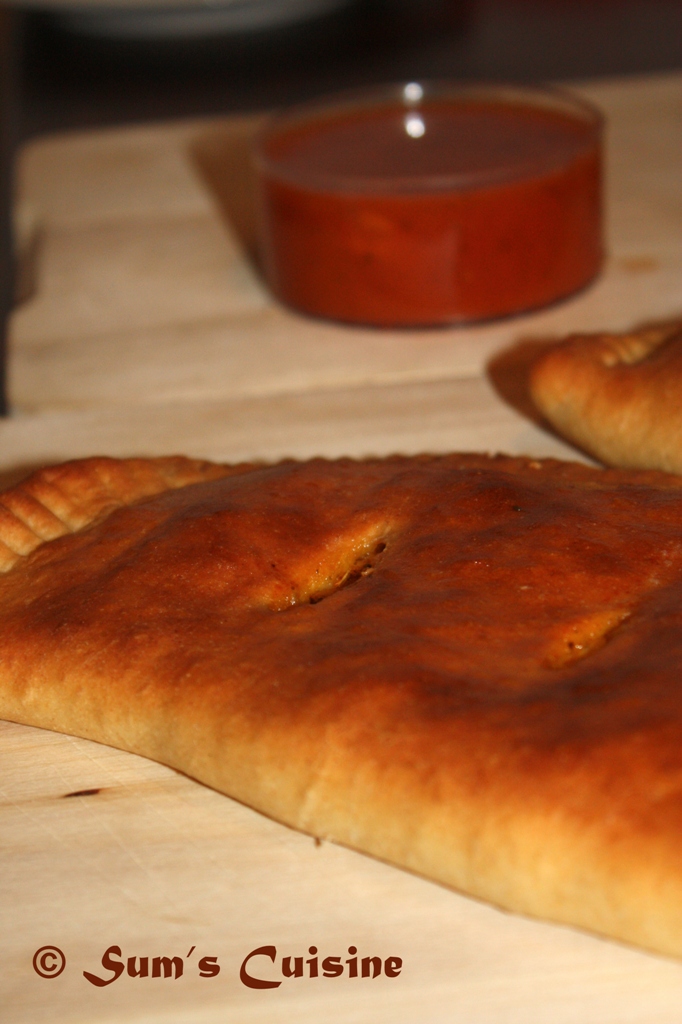 A calzone, meaning  "stocking" or "trouser" in Italian, is a turnover or folded pizza. It is shaped like a half-moon and made of bread dough. The calzone is folded over and filled with ingredients common to pizza. The typical calzone is stuffed with tomato and mozzarella, and may include other ingredients that are normally associated with pizza toppings. [Wikipedia] 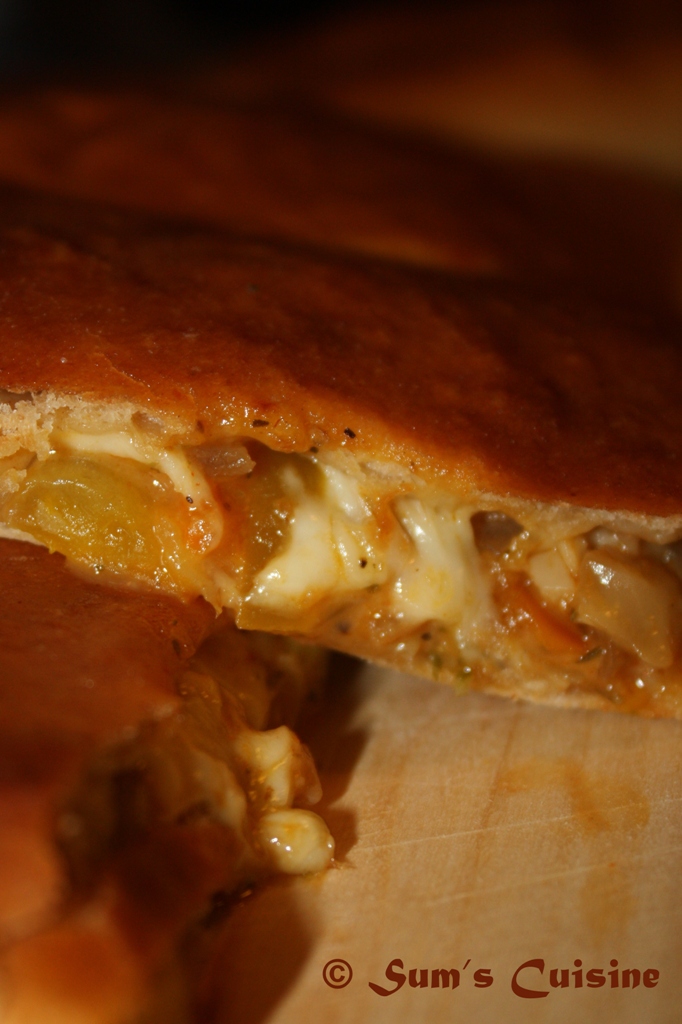 We had had Calzone in Dominos in Bangalore and had liked it. The recipe being very flexible, one can come up with numerous varieties, based on likings of ingredients, spices/herbs, cheese, etc. I used a recipe with Whole wheat flour for the dough and the filling was my my choice of veggies – moslty what I had on hand; so was the cheese. When preparing for it, I felt it was almost like making chapathi + a subzi! The only difference is I had to roll out less than half of them, and instead of cooking them on tava, one by one and then serving hot, alongside the subzi, it was like stuffing the rolled dough and baking them all at once, so that we both could sit down and eat together, when they were still piping hot! Taste wise – well, there is no comparison! They tasted heavenly. 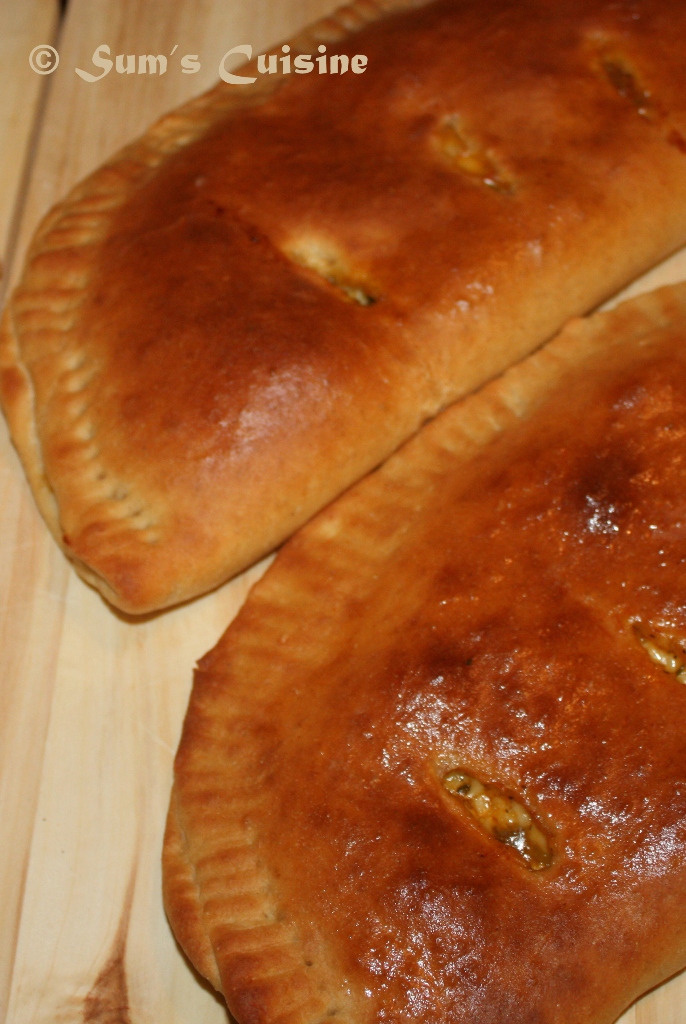 So do try out these to have variety in your dinner menu. All it takes is an hour or so of resting time, as compared to your chapathi-subzi dinner, that's it! And did I tell you they tasted very nice the next day as well – I just had to heat it in the microwave a few seconds to have piping hot, almost fresh Calzone! 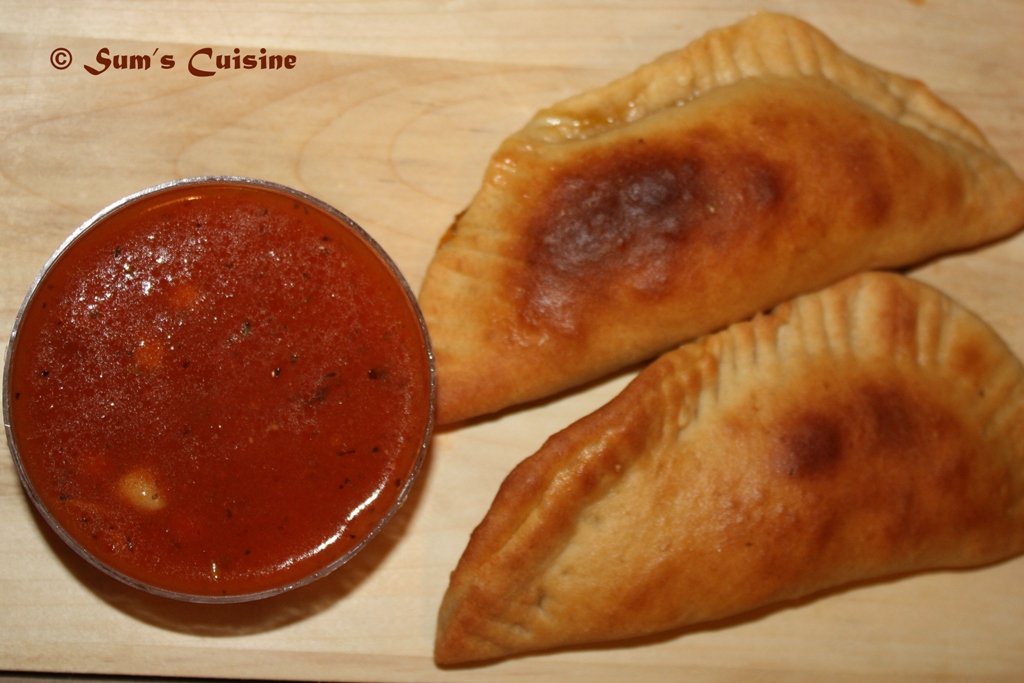 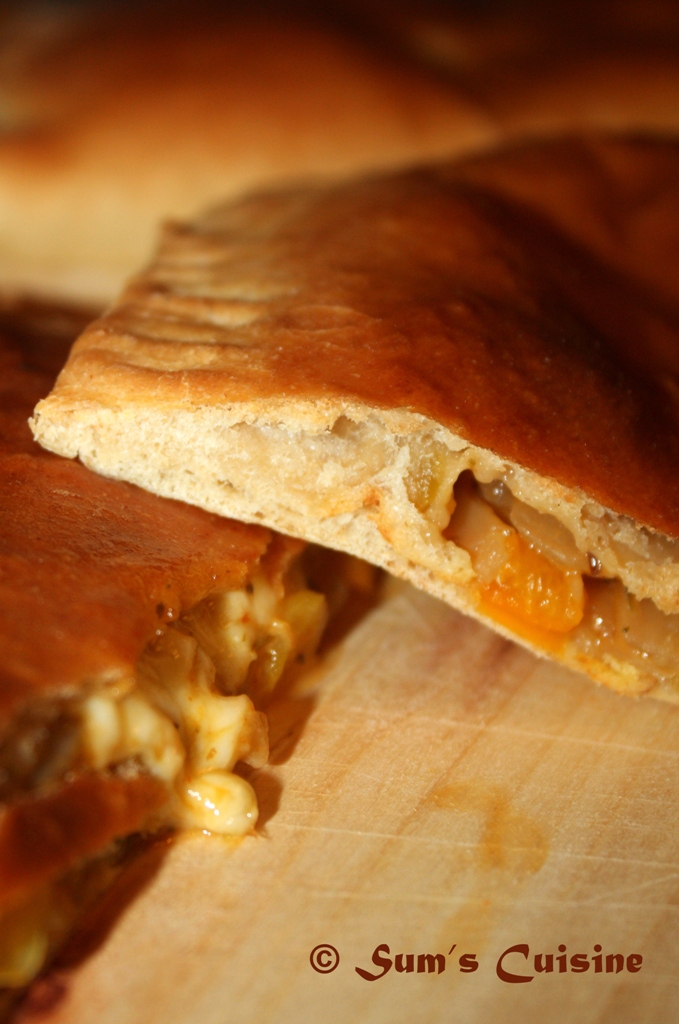 Method:
Filling:
To make the calzone:

Notes:
This post is for the Bake-A-Thon event by Champa. These are the other co-bloggers baking with me...
Champa, Srivalli Jetti, Priya Suresh, Veena Krishna Kumar, Preeti Deo and Jayasri.