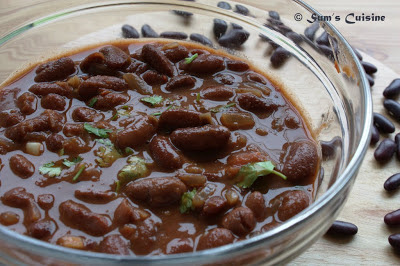 I had some colleagues in Bangalore who were from Northern parts of India and were cribbing about not finding good North Indian restaurants in Bangalore. Bangalore being a cosmopolitan city, at least in the last decade or so, I can never agree that there are restaurants serving some particular cuisine missing! Especially when the cuisine in question is North Indian - which has been there from the time i was a kid... 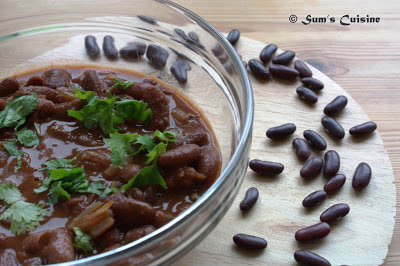 But then, it is a natural tendency for people to miss their native cuisine in other parts, as they will be looking for 'that particular taste, aroma and combination' that they are used to from years, and any small change in taste, one is not satisfied. But whereas for other cuisines, we are generally more forgiving - because we are not so used to that taste and small changes does not matter, as long as the dish tastes good on the whole. 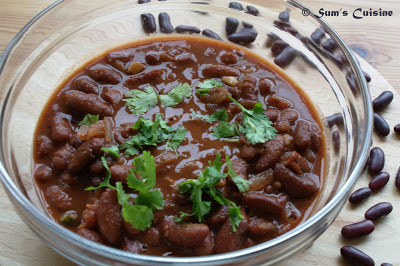 Also, we just generalize food as North Indian, whereas that comprises of so many varieties of cuisines from different parts of Northern India... just like someone saying Neer Dosa is South Indian. Well, it is, but if you ask a Kannadiga, they'd say it is Mangalorean, to be precise :)

Well, coming back to Rajma Masala, the colleagues of mine always had high standards for it, and they regarded it as one of the simplest, most common but often spoilt dish! They'd never be satisfied with the quality of Rajma Masala anywhere else but in their homes and in some places in their home towns!

And all said and done, i tasted the Rajma Masala in a restaurant in Delhi when we were there for a visit, and then realized what my colleagues were saying!! It was the best rajma ever i had had!! And i was bent upon learning to make it the same way, taking tips and recipes from them/their wives!

And now, this version has been certified as almost as good as a Rajma Masala made in Delhi! Here it is... 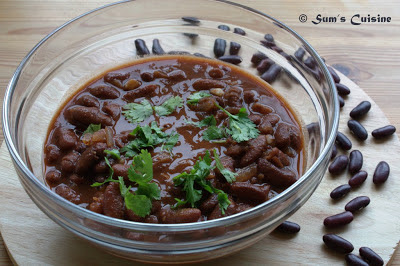 Method:
• Soak rajma overnight in enough water.
• Tie the whole spices - cinnamon, cardamom and cloves in a muslin cloth and drop it into the pressure cooker along with the soaked beans.
• Pressure cook rajma and spices with enough water for 3-4 whistles, and then put it on sim for at least 30 more minutes. At the end of this time, the rajma beans should be cooked soft but not mushy.
• When cool enough to handle, remove the muslin bag and discard along with the spices in it. The beans would have the flavors imparted by now.
• Boil tomatoes in water till tender, cool and make puree
• Heat oil in a pan
• Add chopped onion and sauté for 2 minutes
• Crush ginger and garlic and add the paste and continue to sauté till the onions turn translucent
• Add all the spice powders and mix thoroughly so that no lumps are formed
• Mix in tomato puree, salt and sugar and bring to a gentle boil
• Add the boiled beans, and water if necessary to maintain a gravy consistency
• Let it boil for 5-10 minutes, till the beans absorb the taste and flavors from the gravy
• Garnish with coriander leaves and serve with steamed rice or rotis.

Notes:
• Cooking for at least 40 minutes ensures the rajma is cooked well - as my Delhi friends insist it should be :D
• The tomatoes can just be crushed well and added too, instead of grinding it to a puree, but i prefer grinding it.